Compact European stone houses built in past centuries look colorful and cozy, but often they do not meet the needs of families in the present. Architects are using creative ideas and solutions to adapt these homes for a comfortable 21st century living, while retaining their charm and primitive appearance. Architectural bureau HBG Arquitectos showed how to turn an old Portuguese hut into a modern rural house made of stone.

It was originally a compact stone rural dwelling that was empty for half a century. It needed to be modernized, creating a living space for a family with new needs. At the same time, it was necessary to provide minimal intervention in the colorful European rural house made of natural stone.

To achieve this goal, it was decided to work as much as possible with the interior space, remove all possible partitions and other non-bearing structures. This helped to achieve spaciousness and ergonomics of the living space. At the same time, the facade itself and the enclosing structures were not touched.

A modern country house made of stone should be spacious – this is not typical for old European buildings. Therefore, inside it is important to free up space as much as possible, but at the same time to equip there areas for rest, work, sleep, and cooking.

The use of the territory near the house helped to achieve the desired effect. The plot, enclosed by a stone fence, was suitable for arranging an adjoining garden, a covered terrace, a summer shower. Due to this, the internal space was unloaded. The integration of adjacent objects with the interior, for example, a terrace with direct access from the living room, affected the expansion of areas and ergonomics.

To preserve the romance and aesthetics of the natural stone country house, it was decided to create a simple rustic interior. But he should not be gloomy – they used natural wood in light colors, planned the space so that it received maximum light from the windows. Natural materials in a natural palette were used in decoration, furniture, structures. The white ceiling adds lightness and lightness to the rooms.

To create a modern stone country house based on a hut from the century before last, it is necessary to achieve harmony of innovative architectural techniques, design ideas and traditional construction technology. Do not rush to rebuild everything – it is important to focus on new functionality, and not on appearance. 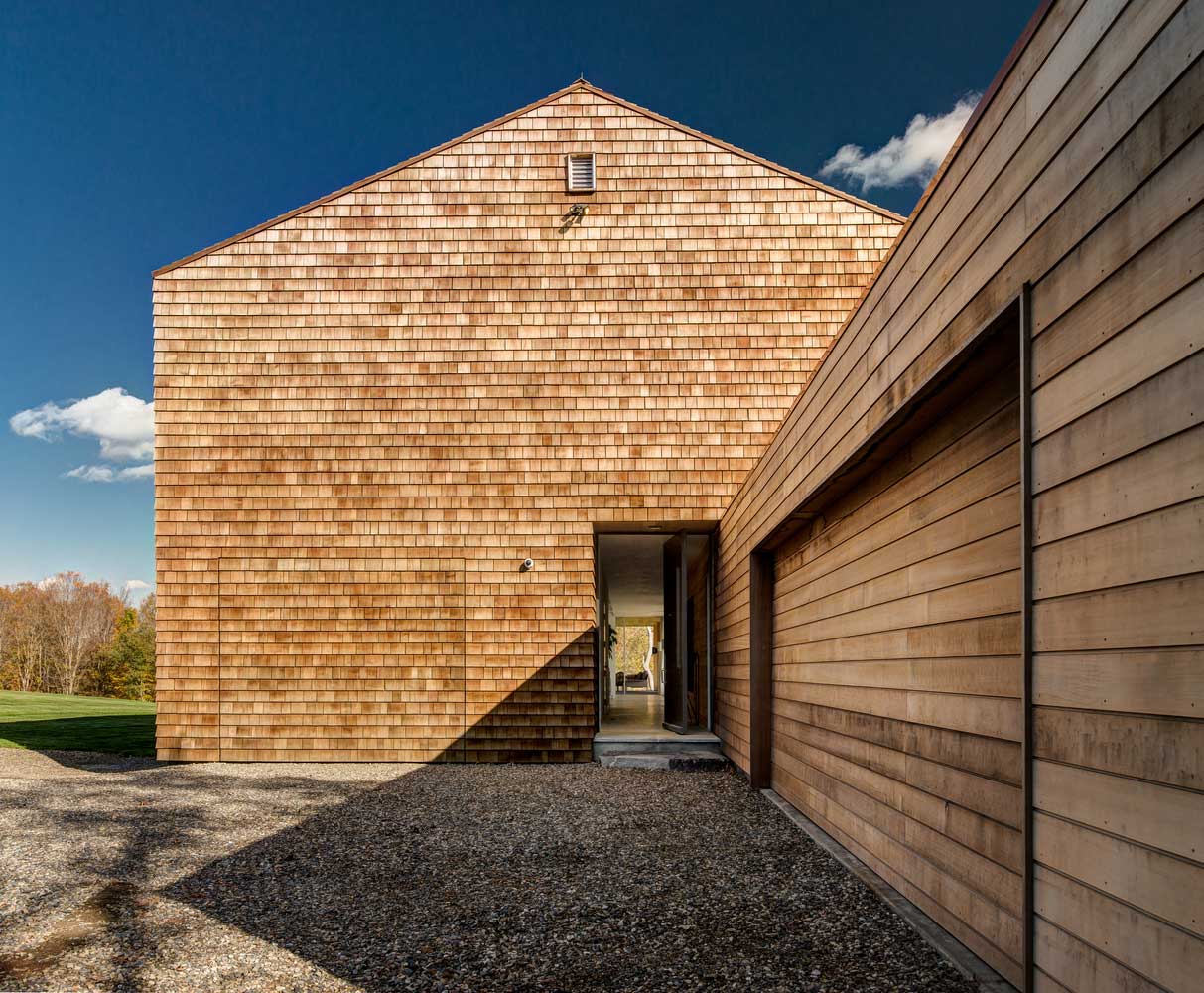 What Makes the Stone Facing for House Exterior Impressive?

Facade decoration of a building determines its status and operational… Read More »What Makes the Stone Facing for House Exterior Impressive?