As a beautiful house on a slope in a modern style, it has become an object of combining tradition, ultramodernity and naturalness. Description of the project and photo of the object Jordi Hidalgo Tané.

Architectural bureau Jordi Hidalgo Tané presented a beautiful house under a slope in a modern style in northern Spain. The object has become an example of how innovative architectural solutions are integrated into nature without the slightest damage to the environment.

The building in a modern style did not affect the beauty of the natural landscape, but harmoniously merged into the environment.

The object consists of two buildings, united by an almost invisible, glass corridor. The first building is a traditional style house. It is stylized in antiquity and creates a special, colorful atmosphere in this place.

The second building is a beautiful house under a slope in a modern style. It is literally built underground, and from the slope you can only see the front of this ultra-modern living space.

The facade of the second building of the residential object is visible only in front. Although it contains reinforced concrete structures, it had a minimal impact in the context of urbanization. Instead of a roof on the house, an embankment with a living lawn smoothly turning into a slope created by nature.

The entire facade visible from the outside is a continuous panoramic wall with floor windows. Due to this, the design in the slope looks easy and environmentally friendly. Reliability of housing is emphasized by a reinforced concrete structure supporting the embankment. The house is a refuge for those who seek solitude in the environment, wants to live quietly and calmly, but with maximum comfort.

Thus, the architects managed to make the house fragile and light in appearance, but durable and reliable in fact. It is an almost invisible underground fortress with excellent species characteristics due to panoramic glazing and a favorable location.

The intersection of ultramodernity and naturalness can be traced inside this part of the house. The minimalist hi-tech interior is created with the maximum use of natural materials. The main table in the living room is made in the form of two large boards, the floors are covered with natural wood, stone, metal, and, again, natural wood are involved in the furniture and the environment in general.

With a sufficiently large area of glazing and lightness of the room, social areas and the kitchen resemble a cave, designed according to modern design and functionality trends.

A beautiful house on a slope in a contemporary style by Jordi Hidalgo Tané has become a conceptual project for introducing modern architecture into nature with minimal interference with its aesthetics. An accent point here can also be considered a building in the traditional old style. Due to him, it seems that the underground, ultramodern part of the building has already been here for centuries. Thanks to the glass corridor, the buildings are combined into a single residential object – in order to move from one to another, you do not need to go outside.

TOP 10 Minimalist House Exterior Designs From Around The World 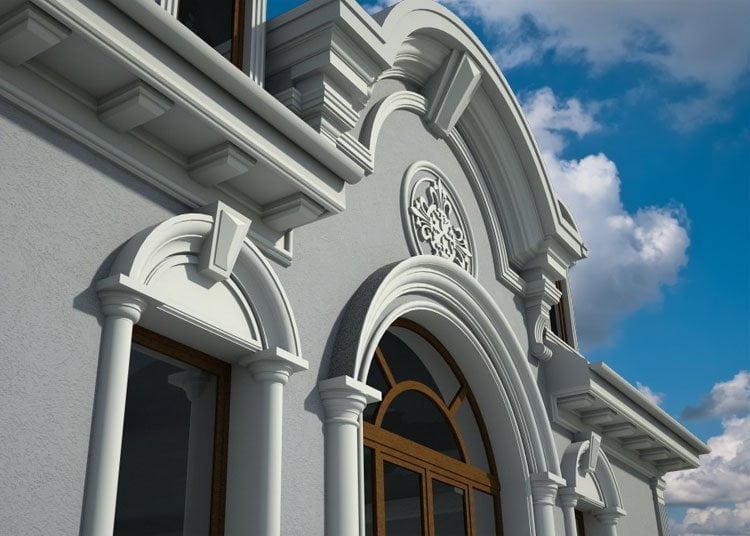